from ice-floe to cash-flow... 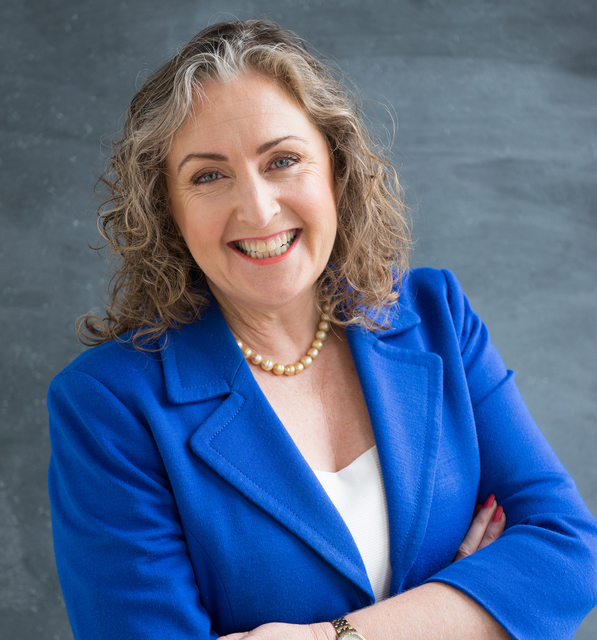 The results are conclusive: Fiona Judd, investment fiduciary, explains why successful investing is not a random experiment in chance but the outcome of a logical, statistically-sound process. Fiona Judd has a great respect for cold, hard facts. You would expect that attitude from a fully-qualified Antarctic geochemist but Fiona has also applied the same scientific philosophy in her second career as an investment adviser – and that, she says, is not as common as it should be. And even Fiona took seven years as an adviser before the facts sunk in and the science transformed her investment process.

Like anyone new to a business, however, Fiona accepted current practices as normal when she entered the investment advisory business in 1994. Fiona became interested in finance only after receiving an inheritance. The money, and the need to look after it, opened up a new field of logical thought that appealed to her scientific mind.

“What fascinated me was that the financial decisions that I had imagined to be ad hoc might actually operate to a set of laws and hence there could be a road map to follow to investment success,” she says.

That fascination led her to ditch a stimulating career which had included four trips to the Antarctic and two years working for a UK water engineering company. While she had since settled into a more sedate role at the Waikato University Department of Science, the lure of finance and applying her own recently-acquired money knowledge to helping others proved irresistible. After resigning from the Waikato University Fiona earned a Diploma of Personal Financial Planning and bought into a financial advisory franchise – but it was no happy beginning.

“I had no clients and no previous industry experience or the required knowledge. The franchise proved to be almost my undoing as, within three months, this company had disintegrated and the extra training that I had paid for had disappeared,” she says. “I was essentially on my own.” Rather than let the franchise collapse end her burgeoning new career, though, Fiona used the opportunity to rethink the nature of the financial planning industry and her place within it.

“I was able to fall back upon my science training and go back to first principles and only accept information which had been methodically studied and statistically proven,” she says.

From this re-start Fiona began to see that most financial planners were actually operating merely as distribution agents for fund managers, relying on product information that, while seductive, was also highly selective. “It began to eat away at me that still at its fundamental core the industry sold the proposition of the power of prediction,” she says. “Now – the offer of prediction was cloaked in the seemingly sensible patina of scientific research with talk of continuous analysis by intelligent, worldly-wise people who worked very hard and travelled large distances and have spoken to lots of people. They somehow knew, on the basis of what had happened, what was going to happen in the future.”

“Under all the spin it was really just clairvoyance! I don’t believe in clairvoyance, especially when helping clients grow their wealth. It had to be scientifically proven.”

As the questions kept coming for Fiona, the scientist took over:  Why did fund managers always push products built around the most recent best-performing asset class?  Was the performance achieved by standing on the shoulders of these investment companies, really producing a better return rather than doing something else?  How was it that, given the same information, Fiona came to different conclusions than the fund manager marketing materials?  Which one of these conclusions was actually going to produce the best return for the client? “I was beginning to have very niggling doubts as to what was happening,” she says. The answers started to come, and the doubts began to clear, when Fiona read the classic economic text 'The Birth of Capital Markets' by Peter Bernstein. “I turned to a chapter which offered me a startling revelation. Relying on reputable organisations that used the ‘pick and choose’ narrow groupings of investments had been scientifically proven not to produce a superior return but to actually under-perform investments owning everything,” she says. “This was an exceedingly uncomfortable idea to me. If this was true (and it was based on sound science methodology), then traditional 'active' investment philosophy was destined to fail.

“I was not sure that I wanted to read anymore because it seemed to up-end the very nice little role that I felt I had with my clients of knowing which specific products to use. But, if it was true, then I had to get out of using anyone who was ‘picking and choosing’ on my behalf and invest across the broad asset classes of everything and thereby get a better return for my clients.” Once again the scientific Fiona swung into action, and over Christmas 2002 she began collecting empirical data on her own five-year active fund picking performance, comparing that with returns that were generated simply by passively investing in the whole market.

The results provided her with startling proof that there was a better way to grow her clients' wealth, which Fiona set about implementing for her clients. “As I read more and I thought more and I began to invest more of my clients’ money in what is considered a ‘passive’ strategy, performance improved. I grew in confidence that this was the better strategy for clients,” she says. “I became more disillusioned with the traditional industry. I had observed that a lot of financial planners didn't even bother to talk to clients about diversification, but just allowed clients to invest in what the client wanted, thereby getting a sale.”

Just a year after her conversion to passive-style investment strategies Fiona was named 'Financial Planner of the Year' by an industry publication. “Ironically I was espousing an investment philosophy diametrically opposed to that espoused by the industry,” she says. But her win also attracted the attention of an investment advisory firm, which operated under a similar philosophical and scientific framework to Fiona. This in turn enabled Fiona to gain access to the funds management firm Dimensional Funds Advisors Ltd.

“We know that to predict what’s going to happen in the investment markets you would have to be clairvoyant,” Fiona says. “Hence Dimensional Funds Advisors Ltd and myself apply the opposite plan, which is we aim to invest in all investments across particular asset classes and not to ‘pick and choose’. This gives us far greater diversification and drastically reduces the chance of permanent loss in the portfolio because we have removed concentration.” And she says it is concentration of investments in single asset classes such as finance companies that has destroyed the wealth of tens of thousands of New Zealanders over the last few years. Fiona's clients, however, have not been exposed to any of the discredited investments that have hit the headlines: no finance companies, no hedge funds, no frozen mortgage funds, no property funds, no absolute return funds or “any of the different structures which have been found grossly wanting in the last decade”.

“The role that I have with my clients is simple - to provide the full return of the market always, and deliver that performance at a cheaper price. This means that no client has suffered permanent loss,” she says. “The experience of my investors has been completely and utterly different from that of the traditional industry. None of my clients have suffered permanant loss and many have been with me on my journey for over 20 years.” The facts speak for themselves.

For a confidential no-obligation consultation to discuss your unique investment needs, call Fiona on 0274 191 124 or send her an email.